Through key placements, including an appearance on Undercover Boss, Mainland has helped the iconic drive-thru brand sell an average of 80 units per year.

Based in Tampa, Florida, Checkers & Rally’s is an iconic drive-thru restaurant franchise known for its “Crazy Good Food,” exceptional value and people-first philosophy. Checkers & Rally’s retained Mainland — then called No Limit Agency — in September 2011 with a desire to elevate awareness of its franchise opportunity. 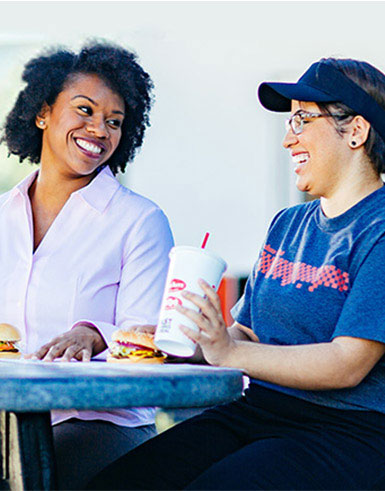 Although risky, Mainland went for the grand slam right off the bat, securing an appearance on Undercover Boss in an episode that ultimately won an Emmy. Shortly thereafter, Checkers made Mainland its agency of record for PR and named the agency “Supplier of the Year” in 2013.

Today, more than nine years after starting the relationship with Mainland, the brand awards more than 80 locations per year on average, and its projectile is now positive. That progress can be attributed in large part to Mainland’s dogged media strategy, which has secured more than $51,073,050 in collective PR value and more than $14,592,300 in collective ad value.

Another milestone moment for Checkers & Rally’s was in February of 2016, when the brand issued a challenge to Burger King’s launch of hot dogs via a full-page ad in USA Today, starting the “Wiener Wars” among top QSR brands. Mainland secured more than 30 high-level placements about the Wiener War, ranging from local TV to national online press, with all messaging focused on Checkers & Rally’s position as the leader in the hot dog segment for more than 30 years.

To continue to move this momentum forward, Mainland is charged with keeping the brand in the press every single week. Whether that’s a local business journal, a daily newspaper, a morning show cooking segment or a national television segment, Checkers can see the effect that consistent press has on its franchise lead flow. The key to the success of the relationship between Mainland and Checkers & Rally’s is a shared goal, an understanding of what types of press result in increased brand awareness and a razor-sharp focus on con
sistent brand messaging.