By extracting a timely and relevant case study, Mainland was able to take a local story and secure dozens of media placements in highly targeted trade publications and national outlets to drive interest for Kallpod from other key players in the industry.

Kallpod is a digital hospitality service that transforms a customer’s dining experience. By using Kallpod, customers can press a button when they are at a restaurant, hotel, stadium or meeting room and receive immediate service. Once the button is pushed, a customer will receive help within an average of 30 seconds leading to a 10 to 25 percent increase in consumption. This makes for higher sales, especially when it comes to beverages and desserts. The technology is currently used at major hotel chains across the country, including Marriott, Hilton, Four Seasons, and Hyatt. 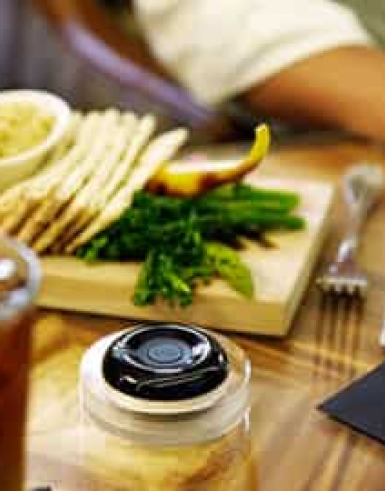 Kallpod turned to Mainland to develop a winning PR strategy and build buzz for a product that was perfectly positioned to take off. With a few recognizable names in its client roster, Kallpod was looking to tell the story of how the product drove revenue and growth for its clients in national and relevant trade media outlets.

To help drive media interest for the brand, Mainland worked with the Kallpod team to develop case studies showing how the product improved revenue and efficiency for its brands across a number of different industries, including full-service and fast casual restaurants, hotels, stadiums, amphitheaters and meeting spaces.

Kallpod took the quick service world by storm earlier this year when it tested its product at three Chick-fil-A locations in Texas. Customers who used the service were able to place a second order once they already sat down at the table, and did not need to get back in line and wait to place their second order.

The response was colossal, with the second busiest of the three Texas locations seeing a 500 percent increase in re-order revenue thanks to this tableside device. Mainland jumped on this case study as an opportunity to build a campaign to amplify the message.

“At Mainland, we’re here to tell a brand’s story and Kallpod has an amazing story to tell,” said Lauren Moorman, Senior Vice President at Mainland. “We were able to use the incredible case study that came out of Kallpod’s partnership with Chick-fil-A Houston, where the technology completely changed how diners were able to enjoy their meals, and put it in front of millions of people.”

To date, Mainland has gotten Kallpod mentions in Forbes, Restaurant Business, Nation’s Restaurant News, CNBC and Elite Daily, to name a few. The story was also picked up by Today.com, which put the story in front of 80 million viewers.

“I thought we got great press coverage,” Kallpod CEO Gabriel Weisz said. “Over a number of months, the story kept getting picked up by national publications. Specifically, with this campaign, we were very happy with the outcome and not just from the industry press but also from big, well-known news publications as well.”

Cooperation and collaboration were key to the successful relationship between Kallpod and Mainland. Also exciting for Kallpod was that this was their first foray into the world of quick service dining.

“We didn’t do anything in the quick service space before,” Weisz said. “It’s been great to enter a new sub-vertical and get a lot of new interest very quickly.”

What’s more, the media coverage highlighting the Kallpod’s entrance into the QSR world immediately led to inquiries and business development possibilities with some of the nation’s largest names in QSR.

“We’ve really been approached by nearly every major competitor to Chick-fil-A and market leaders and master franchisees from other countries around the world as well,” Weisz said.

Weisz is thrilled with the Mainland team and his company’s experience.

“It’s easy to deal with the Mainland team,” Weisz said. “Everyone is always available and they’re quick to respond. It’s a two-way thing as well. We delivered a good story.”