Mainland has created a range of highly visual and interactive marketing campaigns for the building-product manufacturer, resulting in hundreds of thousands of engagements.

Over the past decade and a half, social media has changed the face of digital marketing forever. When college students began creating Facebook profiles in 2004, no one could have known that it would catalyze a social media movement that would influence how people communicate, gather information, share ideas and organize groups. It was a digital marketing gold mine, enabling brands to share stories with entirely new sets of markets. As social media platforms have evolved, reaching specific groups of people and driving consumer engagement has never been as achievable. 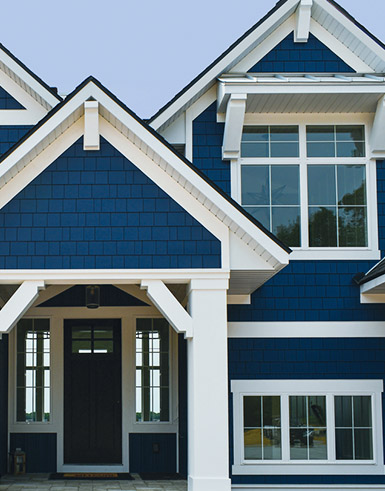 AZEK Building Products, a building-product manufacturer headquartered in Chicago, is a highly visual brand, and in 2015, they decided they needed a more visual marketing strategy. That’s when AZEK CMO Julia Fitzgerald called on Mainland — then called No Limit Agency — to leverage the agency’s unique style of storytelling, which highlights the people behind the brand to more authentically share the brand’s personal story.

“Our main priority is helping AZEK tell their unique brand story,” said Brigit Larson, Mainland digital executive. “So we’ve focused on contractors and their projects to highlight them via social media. Rather than taking random stock photos, we use their personal photos for user-generated content. Their stories coupled with our creative social media strategies result in authentic storytelling, which has proven to increase consumer and contractor engagement more than cookie-cutter posts, pins and tweets that are less relatable.”

Mainland developed a similar campaign for the Show Off Your Deck contest, which encouraged consumers to enter photos of their deck to win prizes. This campaign reached 1,800 fans and received nearly 300 votes.

Before the International Builders’ Show (IBS) in January 2017, Mainland created a Facebook campaign for AZEK highlighting HGTV and DIY TV celebrity Jeff Devlin, who agreed to host a challenge at the company’s booth. A video preview of the challenge garnered 1.2K views on Facebook and driving enormous traffic to the company’s booth during the event.

“One aspect of our unique approach is that we’re creating social media content geared towards both contractors and customers,” said Larson. “We’re not just posting pretty photos. The images might be what attract customers, but it’s the inspiration and tips that drive engagement. For contractors, we’re providing a platform for them to spotlight their best practices and share them with one another. By leveraging different platforms and targeting specific audiences, we’re able to share an extensive variety of information while maintaining a consistent brand voice and message.

“Over the years, our social media strategy has evolved alongside the AZEK brand as it experiences growth, in terms of its business and online presence. The work we do for AZEK is personal, and it’s satisfying to watch an increase in social engagement. But we won’t stop there. Now, we’re looking for even more ways to better and more elaborately tell the brand’s story, whether that be by engaging influencers in the construction and home improvement space, or by creating more interactive content.”